Mrs. Gimelant is not exactly Marilyn Monroe but the theme is a bus stop. 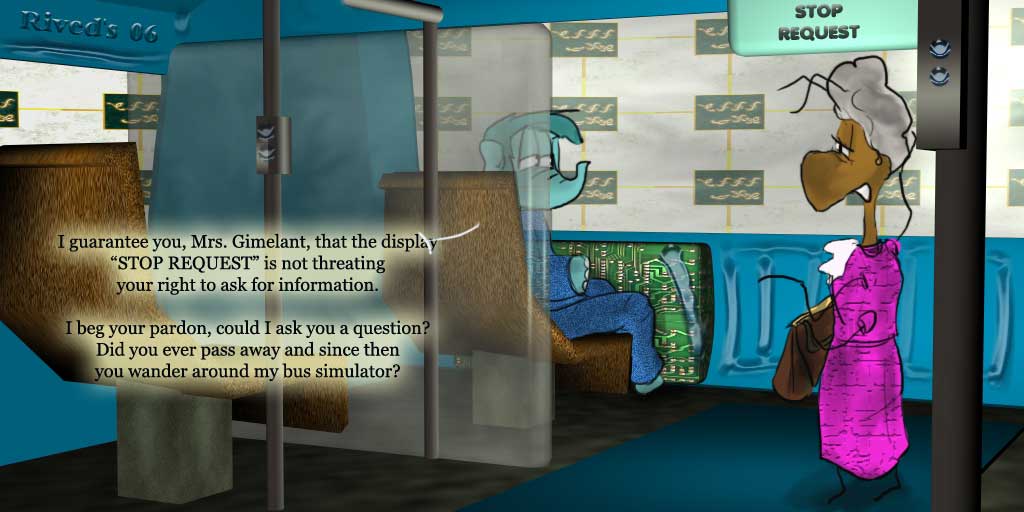 Aliphant CCVIII. Singing in the Rain

Mrs. Gimelant believes that the bus simulator and the bus itself cannot be so different to say that they will not bring her back home. 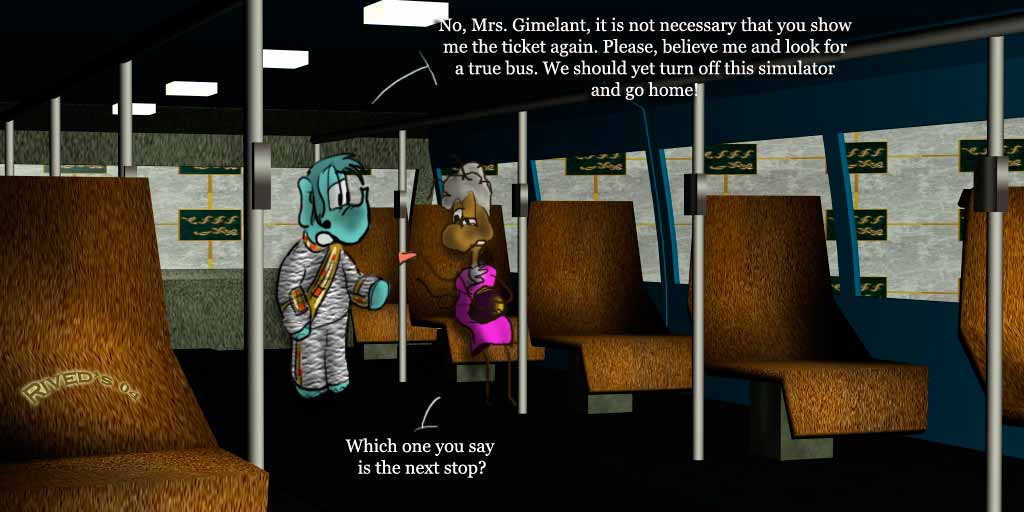 Extract from the ANTian Encyclopaedia.

Gimelant is a retired ant who sometimes ask Aliphant for help to solve small tecnical problems.

Moreover, as a former worker in ANT, she is allowed to access to the company installations and she often visits the bus simulators Aliphant creates.

The origin of her name is the fourth letter of the Phoenician alphabet, gimel, in some transcriptions, followed by the particle ant, that identifies all the characters in the strip who works for the company ANT. Like as the origin of gimel can be found in the shape of a camel, the Gimelant’s colour and the face are based on this animal’s features..

Aliphant is no more surprised by Mrs.Gimelant sudden incursions inside his simulators, even if she considers them as actual vehicles, to praise the achievements in the art of simulation. However, he has even considered the possibility that she is actually a ghost wandering around the simulator where she probably died in.

In spite of the name, Gimelant’s Gramophone is not a Recording Company at all, but a restored by Aliphant device ready for a second life. 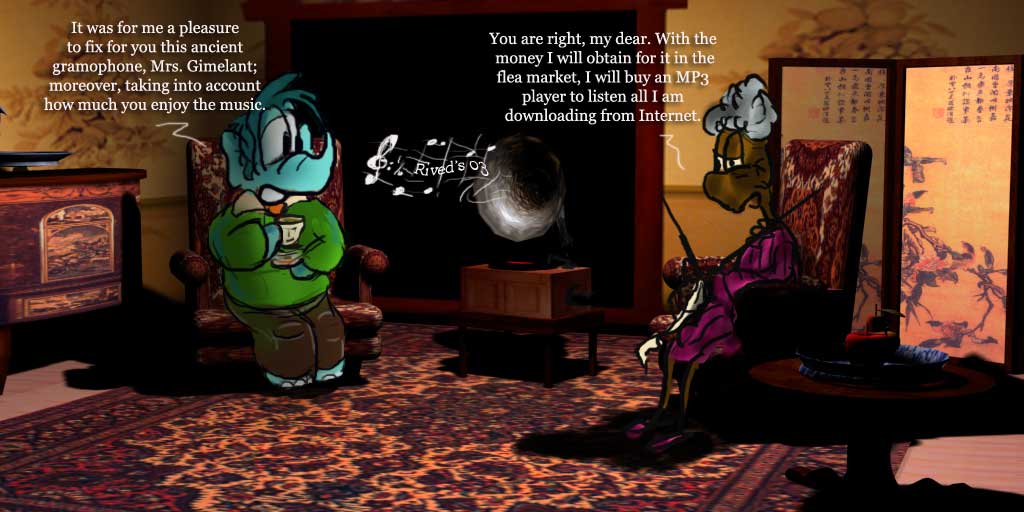 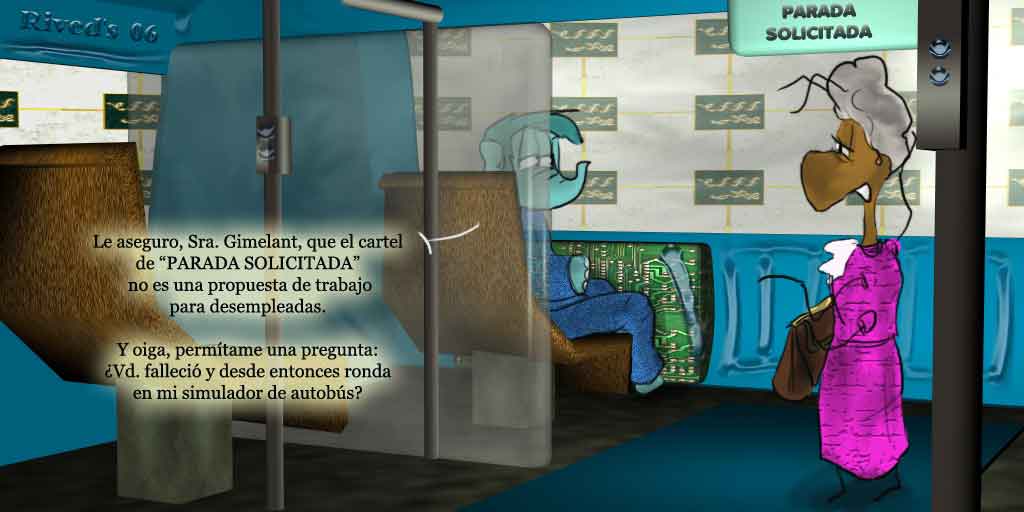 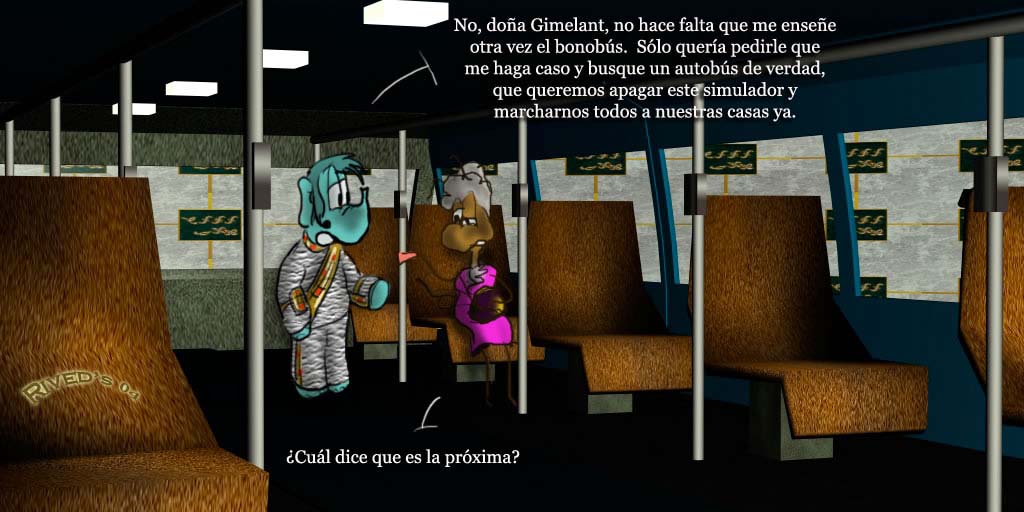 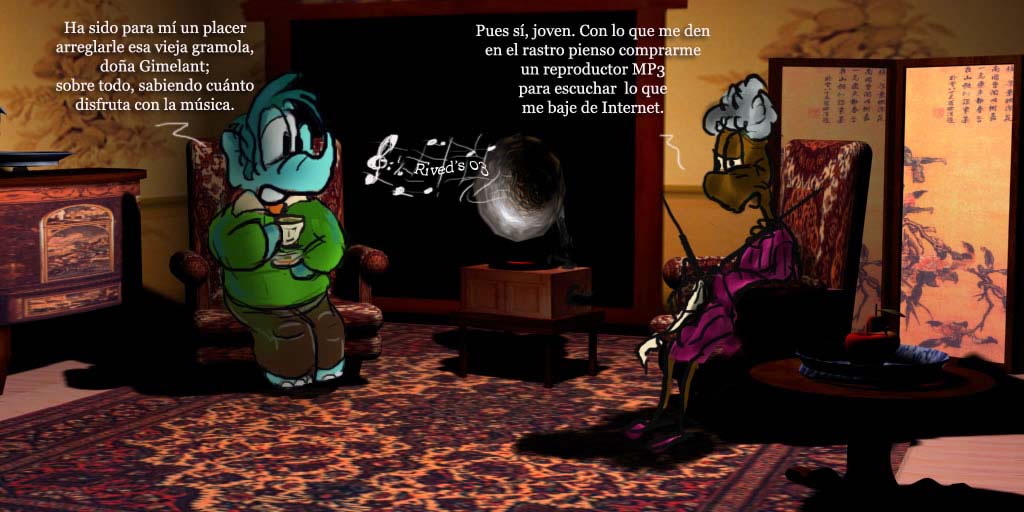